Lever Bros & Co was founded in 1920 by Henry Lever. The firm first operated from premises in Finsbury Square in the City of London. Many businesses had suffered as a result of the war and there were numerous business insolvencies. This opened up an opportunity for the firm to diversify and Henry Lever developed a section of the practice giving insolvency and reconstruction advice. In 1960, Stuart Lever became the sole proprietor and he continued to develop the firm. Stanley Serkin began his training with the firm in 1957 and after qualifying joined Stuart Lever in 1964 as a partner along with Ernest Young who was at that time a manager in the firm. It was a matter of great satisfaction to Henry Lever when Stanley Serkin became an insolvency practitioner thus continuing the activity in which Henry had been prominent.

In the 1960’s, the firm quickly re-established itself in its new premises in Southwark Street. In 1980, Stuart’s son Richard Lever, having completed his training with one of the major accountancy firms, became a partner, at which time Ernest Young retired. Stuart Lever retired from the firm in 1995 although he continued for a number of years to be associated with the firm in a consultancy capacity. At the time of Stuart Lever’s retirement, Richard Willis who had been with the firm for many years having trained and qualified with the firm, became a partner and he worked closely with Richard Lever. The partnership between Stanley Serkin, Richard Lever and Richard Willis continued until 2000 when sadly, Richard Lever died at an early age. Stanley Serkin with Richard Willis continued the practice but it became inevitable to make alternative arrangements for continuity of servicing the clients of the late Richard Lever. Negotiations were concluded with a large firm of accountants to transfer these clients to them along with the staff team who had been looking after them. Richard Willis also at that time joined the other firm.

Stanley Serkin as a sole practitioner continued looking after his own loyal clients most of whom have remained with the firm to the present day ably supported by Shakil Raja who had trained with the firm. Shakil became a partner in 2002. Several of the clients of the late Richard Lever have returned to the firm as they prefer the more intimate and personal attention that we as a small firm are able to provide. 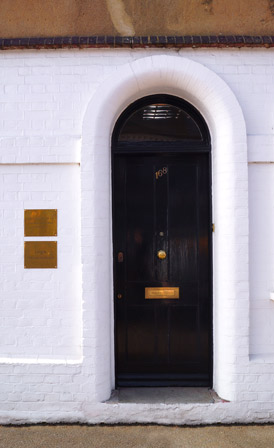 You can now buy this awesome Joomla Theme directly on Themeforest for a really low price for this awesome and stunning Joomla product!